>>> We are looking for passionate people to join our nationwide team <<<

Our common engineering plastic properties chart for engineers has been widely distributed over the years. A simple, easy to understand visual reference point.

Print one out and stick it to your wall or bookmark this page.

We are always giving out our chart to customers. Most find it really handy as a guide for quick reference when looking for a material to suit their application.

The lack of technical information is what makes this chart so simple, yet great.

What Types of Plastic Does Our Basic Chart Cover? Where Can I Find More Engineering Plastic Properties?

We stock a large range of high performance plastics, engineering plastics, standard commodity type plastics and industrial composites. Each one of our plastic materials has listed on its own product page an engineering plastic properties guide for reference. (at time of writing not all material pages have been completed).

PTFE Teflon as an example is shown below.

I Didn't Know That

Did you know PTFE, commonly called Teflon was accidentally discovered in 1938?

The following reference is from WIkipedia.

PTFE was accidentally discovered in 1938 by Roy J. Plunkett while he was working in New Jersey for DuPont. As Plunkett attempted to make a new chlorofluorocarbon refrigerant, the tetrafluoroethylene gas in its pressure bottle stopped flowing before the bottle’s weight had dropped to the point signaling “empty.”

Since Plunkett was measuring the amount of gas used by weighing the bottle, he became curious as to the source of the weight, and finally resorted to sawing the bottle apart. He found the bottle’s interior coated with a waxy white material that was oddly slippery.

Analysis showed that it was polymerized perfluoroethylene, with the iron from the inside of the container having acted as a catalyst at high pressure. Kinetic Chemicals patented the new fluorinated plastic (analogous to the already known polyethylene) in 1941, and registered the Teflon trademark in 1945.

Also check out their plastic properties.

Watch below to learn a bit about the properties of PEEK plastic (polyetheretherketone). Our premium brand of PEEK is TECAPEEK by Ensinger High Performance Plastics. 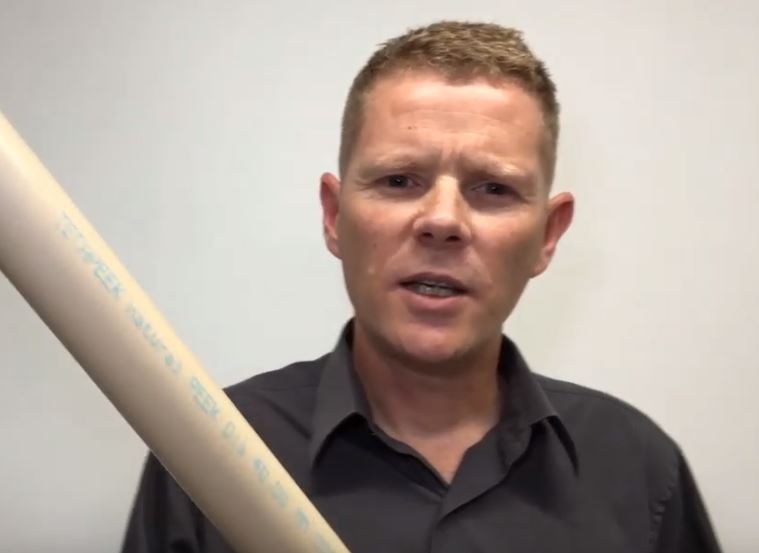 Want To Know More About Our Range Of Engineering Plastics?

Return to our Home page.

Back to all blogs